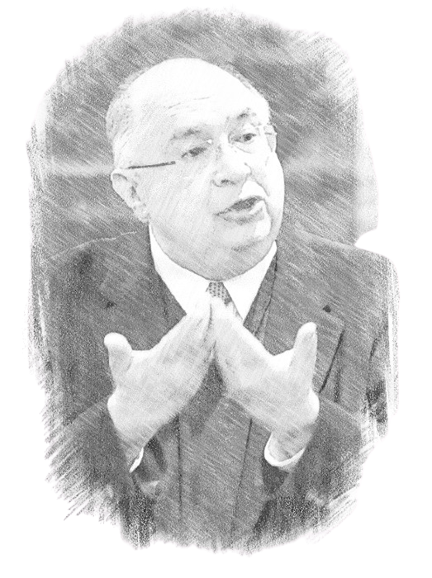 I have mostly praise for my alma mater Boston College and my time spent there, but academic advising isn’t among them (hopefully it’s a bit better nowadays). As a result, I took a somewhat meandering path through my coursework, but it turned out pretty well, in part because my main criterion for selecting classes during my tenure was whether the professor was outstanding (and even world-class) as regarded by my peers.

It was quite an ordeal getting into Rev. Michael J. Himes’ Belief in Modernity course (his chef d’oeuvre); but I knew it was going to be worth it when I found myself that first day in Gasson Hall in front of a remarkably engaging, thoughtful, energetic, jolly love of a man (of God) with an incredible accent that was a perfect blend of British and Brooklyn1. I’m sure he was well aware that while he was standing before a majority-Catholic crowd, most of us hadn’t been catechized very thoroughly, and so he’d have the pleasure of re-presenting Christianity and Christian thought in an entirely new light, which he did, impressively, by making the whole of the first half of the term a prebuttal and steelmanning of the most prominent atheists and modernist critics of faith (Feuerbach, Nietzsche, Sartre, Freud, Marx, et al.), and the second half a series of refutations to arguments presented by said atheists and critics.

Tertullian asked, “What hath Athens to do with Jerusalem?” (i.e., What does philosophy have to do with Christianity?). Almost everything, as I found out. As a budding Philosophy major and cradle Catholic I was awakened and invigorated as Fr. Himes had us engaged with the timeless metaphysical questions at the intersection of philosophy and theology. Our polymathic professor deftly weaved together Augustine, Anselm, Aquinas, Chaucer, Wittgenstein, von Eschenbach, Shakespeare—even incorporating Alice in Wonderland, which became a favorite after we dissected it and carefully inspected it through the looking glass23.

And so, Fr. Himes was indeed a talented and accomplished scholar, and you can just imagine how inspiring his class was as far as its content4; but the real gift he gave us was his teaching/lecturing5.

Fr. Himes said it best himself (regarding teaching [and loving]) in his “last lecture”:

It is in this process of giving yourself away—of teaching—that you will exist most fully and joyfully. Plato famously maintains that Socrates said the unreflective life is not worth living. William James remarked that, yes, that was perfectly true, but it was also true that the unlived life wasn’t worth reflecting on. One has to enter into commitments and relationships in order to have anything worth reflection. You must live as if by giving yourself to others, you will not be able to run out of existence. I cannot prove any of this, but I am convinced that if you do so, you will discover an existence far richer and fuller than you ever dreamed.

Ain’t that the truth?

He really did give every lecture his all, engaging the entire hall, drawing us into his stories and analogies with his wonderful lilt. And why? Of course, he knew he had something profound to convey, but ultimately, he had the impact he sought to have because he clearly loved us, his students.

Thanks for everything, Dear Fr. Himes.